McGee Creek Area offers excellent bird watching. Listed below are some of the birds you will see in the area. 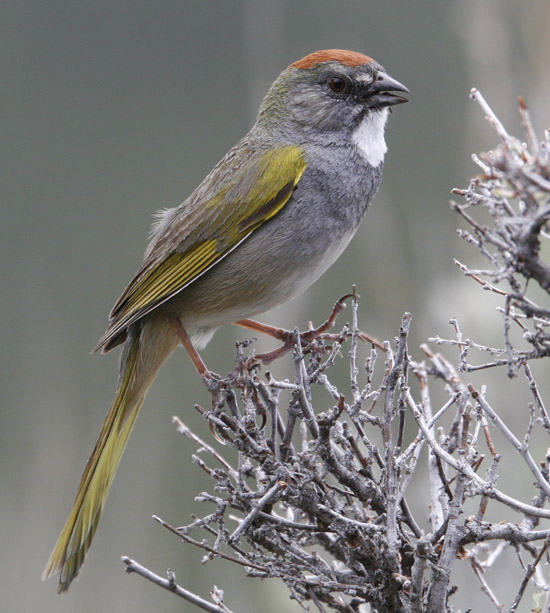 There’s nothing quite like the color that gives the Green-tailed Towhee its name—a deep olive lightening to yellow-green on the edges of the wings and tail. Set off by a gray chest, white throat, and rufous crown, this large sparrow is a colorful resident of the West’s shrubby mountainsides and sagebrush expanses—if you can see one. They spend their time scratching at leaf litter under dense cover, occasionally popping into view to whistle a song or give a querulous mewing call. 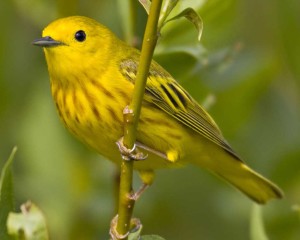 North America has more than 50 species of warblers, but few combine brilliant color and easy viewing quite like the Yellow Warbler. In summer, the buttery yellow males sing their sweet whistled song from willows, wet thickets, and roadsides across almost all of North America. The females and immatures aren’t as bright, and lack the male’s rich chestnut streaking, but their overall warm yellow tones, unmarked faces, and prominent black eyes help pick them out. 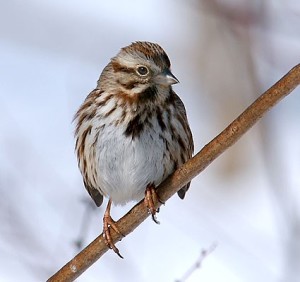 A rich, russet-and-gray bird with bold streaks down its white chest, the Song Sparrow is one of the most familiar North American sparrows. Don’t let the bewildering variety of regional differences this bird shows across North America deter you: it’s one of the first species you should suspect if you see a streaky sparrow in an open, shrubby, or wet area. If it perches on a low shrub, leans back, and sings a stuttering, clattering song, so much the better. 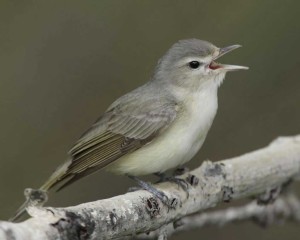 The rich song of the Warbling Vireo is a common sound in many parts of central and northern North America during summer. It’s a great bird to learn by ear, because its fast, rollicking song is its most distinctive feature. Otherwise, Warbling Vireos are fairly plain birds with gray-olive upperparts and white underparts washed with faint yellow. They have a mild face pattern with a whitish stripe over the eye. They stay high in deciduous treetops, where they move methodically among the leaves hunting for caterpillars.

Your 5-Day Forecast at a Glance